The Gross Therapy methods can be applied on various neurological and co-ordination disorders. The therapy is named after its Russian inventor Jochan Gross, physiotherapist and once trainer of the Russian national ice-skating team and is in use since 1990.

With this form of therapy the patient is strapped in a seat belt connected by many elastic safety straps fixed to a mobile mechanism on the ceiling. Through the taut straps the patient is held all the time in an upright position and can move in all directions as also jumping and pivoting. 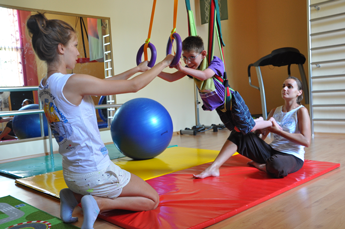 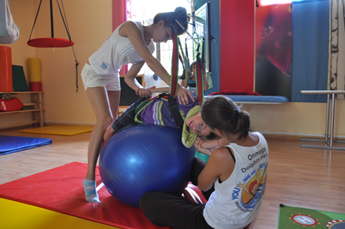 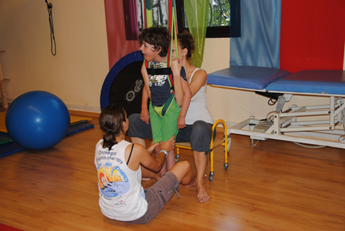 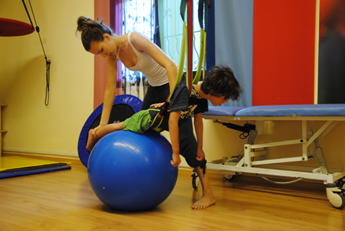 Particular exercises stimulate the weakened muscles and joints. Muscles and joints are put under controlled strain. By increasing the number of elastic straps the pressure of the patient’s weight on the muscles and bone structure is reduced. This is especially helpful when the deformation of the joints is severe.

This form of therapy can be combined with Adeli Therapy.